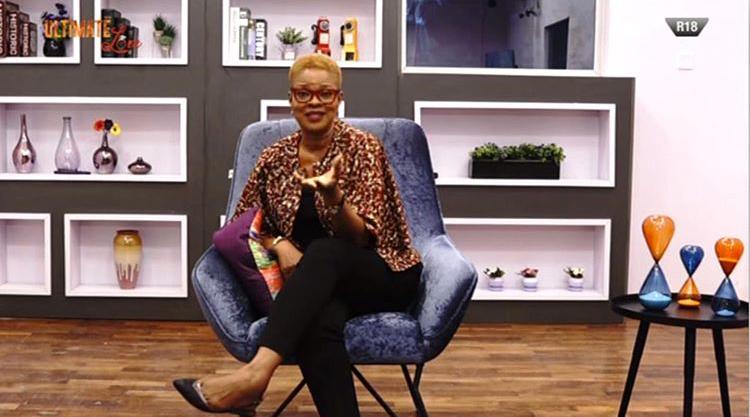 Ultimate Love Nigeria is a TV love reality show for singles, but some couples have emerged from the reality show. The show commenced on February 9th, 2020. We are here to give you latest news about the new couple on the Ultimate Love TV show.

We advice that you bookmark this page so that you can get easy access to this page to get all the latest couple (pairing) as it unfolds in the ultimate love reality show.

As the ultimate live show come on air today, each guest is required to pick a partner to commit to for the rest part of the show. As the the love guest make their decision, they wont be given a second chance to select another partner. This is to say their fate depends on whatever happens today

Arnold – ‘The way to a man’s heart is through his stomach’  – this seems to be the case with Arnold as he loves his food, especially egusi. Arnold’s longest relationship was with his high school sweetheart, which lasted four years. Although he hasn’t had much luck in recent years, Arnold still believes in love and spontaneity in a relationship.

Bolanle – The beautiful Bolanle is not only bubbly and witty but an incredibly multi-talented woman too. With a job resume that runs the gamut from media personality, to production manager and even CEO of an industrial cleaning and fumigation company, it’s clear Bolanle is an accomplished leader with much to offer.

Iyke – The charismatic 24-year-old from Enugu state is clear on one thing; to find his ride-or-die. His orotund voice might be one of his best attributes but his lips top everything else. Even though he is a words-of-affirmation type of guy, he believes his lips are a vital tool to getting a message across.

Therea – Theresa has the look of a model and the mind of a doctor as she’s currently an optometrist. She believes in traditional roles in a relationship but not to an extent where the man mistreats a woman. Theresa is a private person and believes that if anyone is to propose to her, it should happen behind closed doors.

Michael – Michael will never compromise on love and believes that ultimate love is finding someone who can complement his life. He believes one has to be selfless, kind and patient in a relationship.

Cherry – Soft-spoken with kind eyes and a warm smile – this is the lasting first impression Cherry made on us. It’s a perfect match for her career as a medical doctor too, though she also counts entrepreneurship as a skill in her arsenal.

David Wilson – The 33-year-old from Bayelsa State isn’t fussy at all when it comes to relationships. All he requires is some quality time and a personal touch.Though he won’t say he believes in love at first sight, David Wilson is all about being open minded and recognising that the world is changing and therefore he allows himself to get guidance from the universe.

Presh Talker – Many people have suggested that Precious’ beautiful eyes could be a window to people’s soul, and it seems she agrees, her eyes are her favourite physical feature. Precious fondly known as ‘Presh Talker’ is an MC, TV host and content creator. When choosing a suitable partner, Precious takes into consideration the advice her parents have given her, according to her folks; a man needs to be the full package.

Louis – Louis is a modern-day man who believes roles should be equally shared in a relationship. Having a connection is very important to him, a relationship can be judged in the beginning whether it’s for keeps or not. When Louis’s longest relationship of three years ended, he had no regrets, nor did he harbour any feelings of resentment because he thoroughly enjoyed his time in the relationship.

Jenny Koko – Louis is a modern-day man who believes roles should be equally shared in a relationship. Having a connection is very important to him, a relationship can be judged in the beginning whether it’s for keeps or not. When Louis’s longest relationship of three years ended, he had no regrets, nor did he harbour any feelings of resentment because he thoroughly enjoyed his time in the relationship.

Obichukwu – 32-year-old Obichukwu from Imo State is more than just dashingly handsome and suave. He cares for the greater good too, as is evidenced not only by his passion for social work, but also the fact he explicitly mentions what a huge heart he has. When quizzed about what he longs for in a lover, he sums it up poignantly.

Ebiteinye – Ebiteinye is a 26-year-old accountant from who believes that love can be found anywhere in an instant. In her quest to find love, her beliefs aren’t clouded and she is ready to take the role of being a supportive partner. Even though money makes the world go around for others, Ebiteinye is looking for more than that. She’s looking for attention and care.

Jay – This 35-year-old engineer from Ebonyi State is grounded on who he is and would never trade anything about him for anything else. He’s comfortable in his skin but is also a very sensitive guy. For Jay, love is all about attraction and he believes it’s the basis for anything else that follows.

Nkechi – Want to win over Nkechi? The formula is simple: surprise her! The 29-year-old marketing executive hails from Anambra State and absolutely adores receiving gifts of all kinds including flowers, accessories and more. She views herself as a strong willed woman who recently left a relationship that spanned a decade.

Jerry – Soft spoken Jerry from Delta State believes expressing yourself in a relationship is very important, his love language is receiving gifts. Jerry’s view on traditional roles is that they are archaic and tend to limit the relationship by dictating how a man and woman should behave.

Sylvia – 23-year-old Sylvia firmly believes in the notion that the man is the head of the house and the woman’s role is to support the man’s vision. Although she’d be considered a ‘millennial’ and modern-day professional woman, her principles are still strongly rooted in tradition.

Kachi – 32-year-old serial entrepreneur Kachi is from Imo State and has a deep love for his culture and tradition. The self-proclaimed charmer firmly believes a man should always provide for his family but has a liberal side to match, he is open to a partner having her own identity. Don’t expect looks to knock him off his feet though as he doesn’t believe in love at first sight and prefers to find something deeper to win him over.

Rosie – Can you give Rosie good communication, understanding, respect and trust? The 35-year-old teacher can school you on love as her longest relationship spanned a respectable 12 years! The Ogun State native is never short on smiles with her dream proposal happening on the beach in the middle of a dreamy sunset.

Uchenna – Development economist Uchenna’s longest relationship was a year long. He believes love takes time and it shouldn’t be taken with haste. An important component for Uchenna in a relationship is agreeableness, you can be attracted to each other but if that component is missing then the relationship won’t work.

Chris – This vivacious, soon to be 36-year-old is a cool, collected and assertive brand architect from Abia state. She doesn’t shy away from calling it how she sees it so it’s little wonder that honesty and realness are things she privileges in a would-be spouse. Don’t let her boldness allow you to mistake her for a rule-breaker though

Ultimate Love Nigeria show will see 20 singles locked up in a house for a period of 8 weeks to see if they can find love. During this 8 weeks, there will be weekly voting by viewers for their favourite contestant. The winner of the show ultimate will get a well furnished apartment and a fully paid wedding ceremony.

The show is organised by Multi Choice Nigeria and will be aired on DSTV and GOTV channels as from February 9th, 2020. Stay tuned.