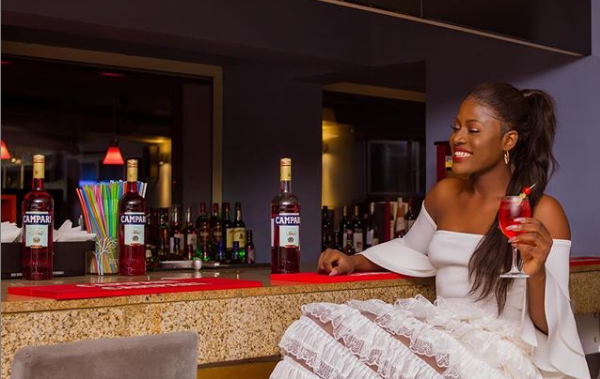 Alex BBNaija Enjoying Her Moment with Campari as Ambassador (DETAILS).

Former Big Brother 2018 housemate, Alex Unusual has been trending with her hug followers on social media, since her return to the social media world and her recent endorsement deal with Campari has been one of the fulfilling moments in her life after the 2018 BBNaija reality TV show.

The former Big Brother housemate recently partied with Campari and other celebrities including Teddy-A in Campari Red Party.

Alex BBNaija Caption as Below;

“That face you make when your drink hits all the right spots! #MakeItRed”

Recall that the BBNaija star was among the housemates recently featured in the just concluded BBNaija 2019 reunion with Ubuka as the host.

Lots of issues were raised during the reunion show, which made lots of people believed being the reason for Alex to formerly deactivate her official Instagram page for some time before her recent return to the social media space.