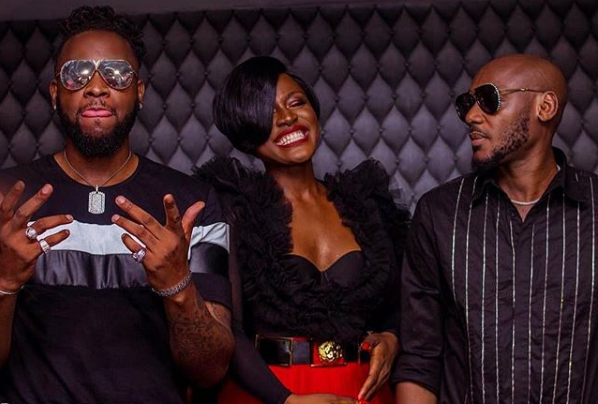 Alex Unusual captured with 2Baba and Teddy A in Campari Red Party.

Alex has dropped some beautiful photos on her IG page anticipating the Campari Red Party since her return to the social media space.

Alex and Teddy photo with 2Baba has buzz up lots of comments from fans and their followers on social media.

The smile on Alex’s face must be as a result of hilarious joke from 2Baba himself.

Recall that Alex deactivated her Instagram account after the Big Brother Naija 2019 reunion show and she made her return after a week outage from social media.