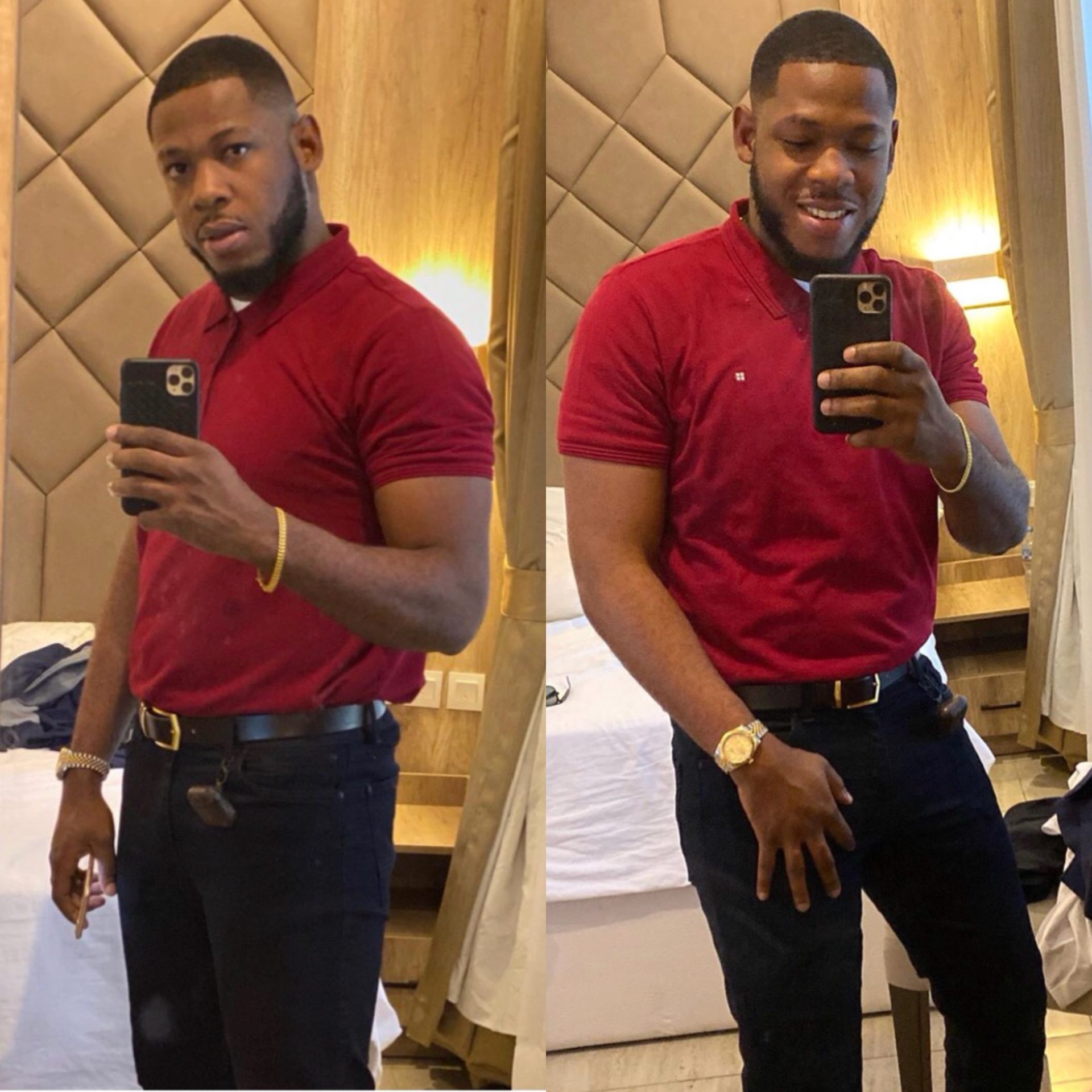 BBNaija 2019 ex housemate, Chukwuemeka Okoye, popularly known as Frodd, recently set social media ablaze after he took to the platform to share a photo of himself.

Just like the theme of the 2019 BBNaija reality show, every ex-housemate has in one way or the other, continuously ‘peppered’ their fans with big money moves and stunning photos.

It appears Frodd is not ready to be left out as he too is showing his fans how it’s done. Perhaps, in a bid to impress his fans with what he considered a stylish look on him, he took to his Twitter page to share a mirror selfie.

Frodd had shared a mirror selfie of himself claiming he makes dripping easy.

The post which has over 6,000 likes garnered several reactions from internet users. While Frodd may have hoped for mostly complimentary comments, it wasn’t the case as many people not only disagreed about the look being sophisticated, they fell short of calling him a local man.

However, some fans couldn’t quite see the drip and they mocked the reality star, saying his’ wasn’t drip, but drible.