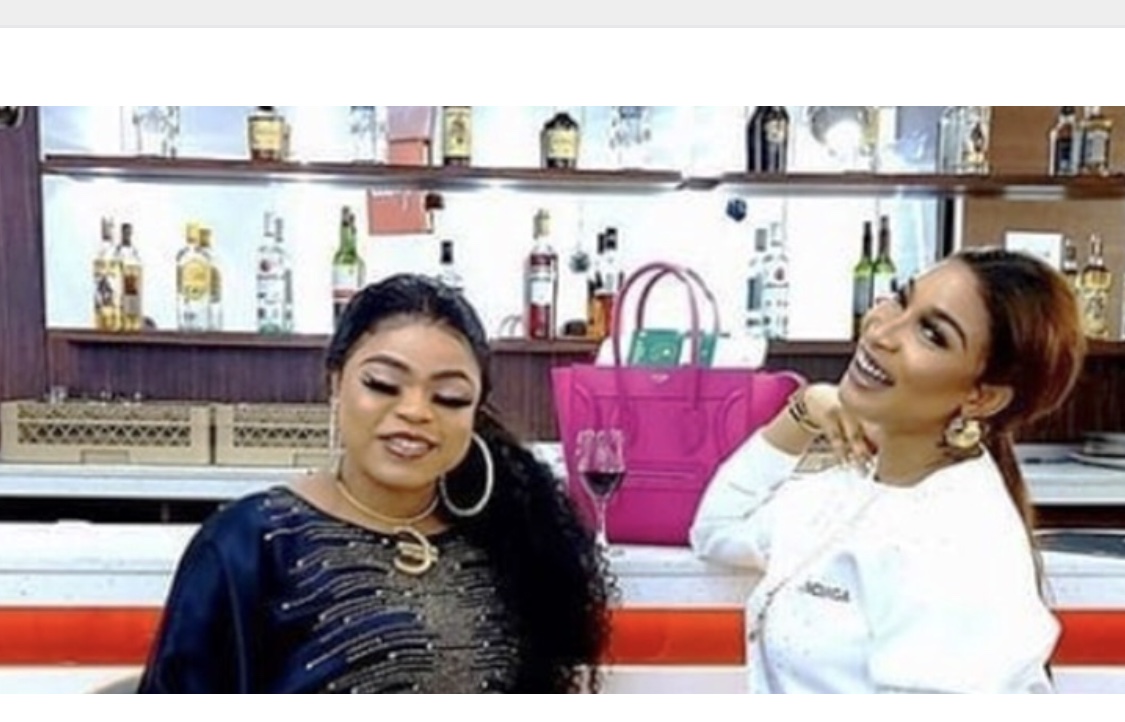 Nollywood actress Tonto Dikeh finally apologized as she did not only allegedly left Dubai prison, she also got her passport back from Dubai prison authorities.

Recollect that Tonto Dikeh, who was reportedly detained for public misconduct during an event in Dubai and also for having traces of drugs in her blood, was rescued from deportation or imprisonment by paying a fine.

According to popular IG blogger, Kemiashefonlovehaven , it was exclusively gathered that her friend, Paul O. who is the CEO, One Africa Global, who is the organiser of One Africa Music Fest, paid the fine.

“Paul O. had to pay the fine after gathering money from other friends. Remember, his event, the One Africa Music Fest, was what brought Tonto and Bobrisky to Dubai before Tonto was arrested and detained penultimate week,” a source disclosed to Kemi Ashefon.

Prior to the payment of fine in a Dubai Court, Tonto who was granted bail, could not travel to Nigeria due to the fact that her passport was seized and she had to report daily to the police in Dubai.

Bobrisky had to wait for her since they claim to be best friends.

“That was why she and Bobrisky devised a fake story of ‘surgery’. Bobrisky, had earlier in the week put up a post on Instagram that he was about having a surgery. Then, he also put up another bloody photo of a surgery he had but that he bled so much!

That was a lie! It was to buy time and also allow everyone believe they were busy having surgery in Dubai since everyone who attended the One Africa Music Fest had left Dubai and returned to Nigeria,” a source in Dubai revealed to Kemi Ashefon.

READ:  BBNaija Ex- housemate 2019 khafi,Pen down some words today marking it two weeks after she turned 30

Last week, Tonto was arrested penultimate weekend when she attended an event at the Festival Arena, Festival city Dubai. She was denied entry by security personnel and her unruly behavior earned her an arrest. After her arrest and a search was run in her hotel room, the police found out that she came to Dubai with hard drugs which she must have been taking and also some traced in her blood.

“Tonto and Bobrisky could be on their way back to Nigeria now since Tonto had been sorted out by Paul .O. There was never a surgery. Rather, there was an arrest, a detention, a bail, a fine slammed on her, a payment by Paul O and her passport released to her. She may be on her way back to Nigeria or could still be in Dubai depending on the terms laid out by the police when she was released,” sources revealed.

Though Tonto had a spat with SDK, she never denied the arrest, detention and even put up a post to acknowledge her mistakes.

“I’M THANKFUL FOR ALL MY MISTAKES/FAILURES. THEY ARE THE EVIDENCE THAT PROVES I TRIED. I’ve learned more from failure than I have success. It’s the training ground that’s preparing me for where I’m going. I no longer fear it. Instead, it gets me closer to the GOAL. Without it, I wouldn’t be the MAN I am today.”