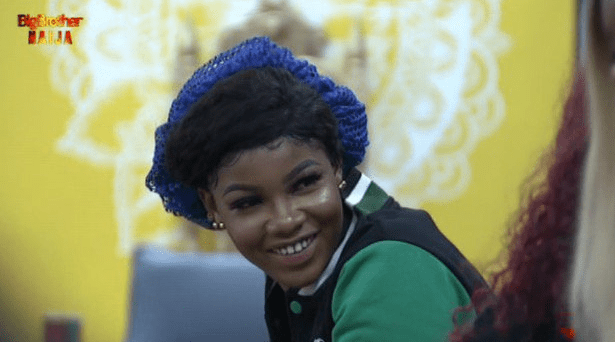 Tacha Fake Eviction in BBN 2019 sends her to Secret Room.

One of the Big Brother Naija 2019 housemate, Tacha, has been evicted from the “Pepper Dem” house into a secret room.

The fake eviction occurred on Sunday during the live eviction show hosted by the BBNaija regular host, Ebuka Obi-Uchendu.

Housemates including Tacha, Mike, Tuoyo, Seyi and Frodd were nominated earlier in the week for eviction.

Tacha’s eviction had earlier generated tension among fans and viewers of the show before Ebuka announced that her eviction was fake.

In the secret room, they are to play by Big Brother’s rules clearly spelt out on a piece of paper and handed to them by Big Brother Ninja.

Tacha read out the rules to the public, one of which was to talk quietly, apparently to avoid letting the other housemates know that they are still within the Big Brother house.