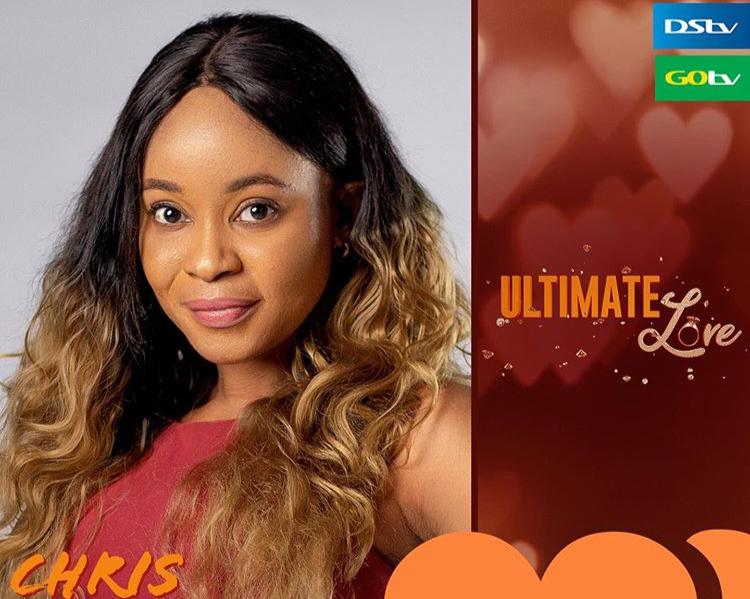 Here are some pictures of Chris one of the Ultimate Love Guest (housemate) for the first season of the reality TV show.

Chris is one of the contestants/Housemates who put in for the first season of the Ultimate love reality show. This vivacious, soon to be 35-year-old is a cool, collected and assertive brand architect from Abia State. She doesn’t shy away from calling it how she sees it, so it’s little wonder that honesty and realness are things she privileges in a would-be spouse.

Don’t let her boldness allow you to mistake her for a rulebreaker though. She confesses that she’s fiercely traditional and conservative. As such, she embraces African cultural norms of subservience and submission to one’s husband. In the same vein, brash gestures of love and public spectacle aren’t really all that important to her. She stresses that as long as she’s in love, she’s ready to say, “yes” to that life-long commitment.