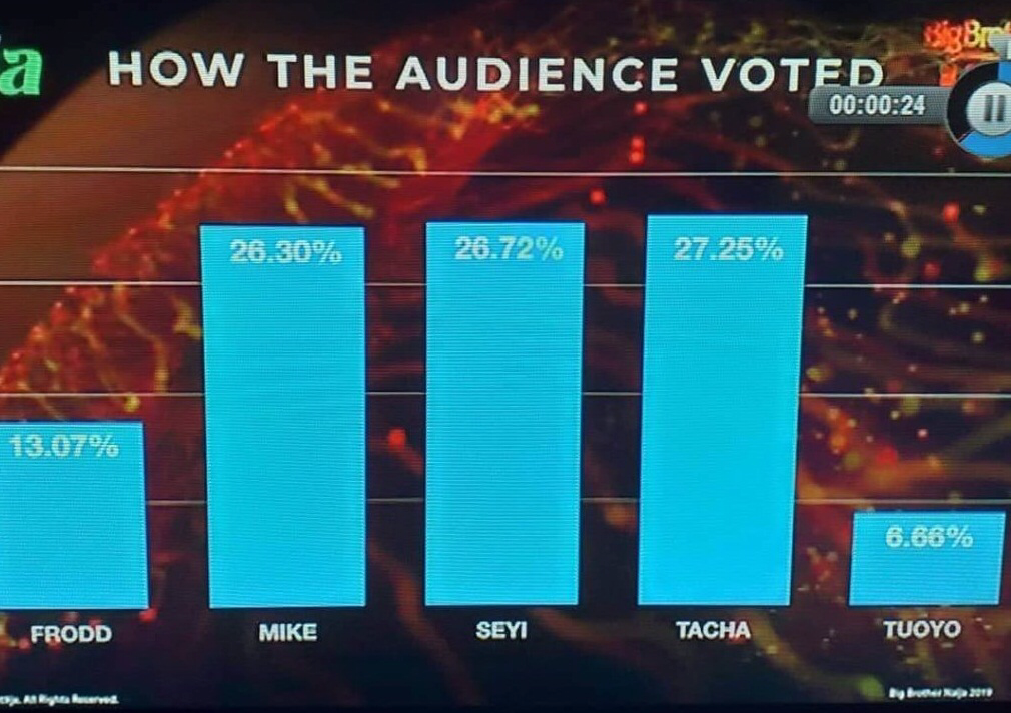 Below is the comprehensive BBNaija week 3 voting results with voting percentage of each housemate today.

Tacha got the highest number of votes (27.25 percent) this week after been nominated for three consecutive weeks. She has once again scaled through and avoided eviction. While being interviewed, she claimed that the other housemates sees her as a threat to winning the show which is the reason they are always nominating her for eviction but she is optimistic in becoming victorious.

Tuoyo emerged as the housemate nominated for eviction this week with the least vote (6.66 percent) and therefore have been evicted from the Big Brother Naija house. Touyo was the fitness coach and part-time striper and also an active participant in the Saturday night parties.

During his brief chat with Ebuka, Tuoyo said he was shocked that Frodd and Seyi nominated him but Ebuka was quick to remind him that it’s a game and anything goes. He also pointed out that he liked Diane but he has a girlfriend outside the house and until they are both out, anything can happen.