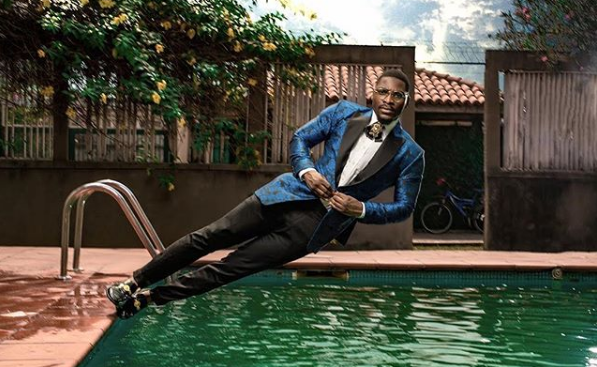 Former Big Brother Naija 2018 housemate, Tobi Bakre was on the news some months back for his pool photo which was said to be edited by his followers on social media.

However, fans did not expect that Tobi could go as that far in shooting such a hilarious photo in the pool.

The reality show star couldn’t hide the truth and decided to share the video of the capture on his social media page.

Kindly click on the link in my bio to watch full BTS of this #walkingonwater shoot. . Was it photoshoped or nah!!! You finally get to know. 😁. . Videographer in the bio small small. . After this short clip do you still think it's photoshop??? . Don't forget to subscribe to my YouTube 🙏🏻🙏🏻🙏🏻. . Remain versatile. Learn and Unlearn as required. 2019 MO. @thedelphinator teacher come and see something 😂

Tobi Caption as Below;

“The normal poses got boring. Decided to walk on water.”