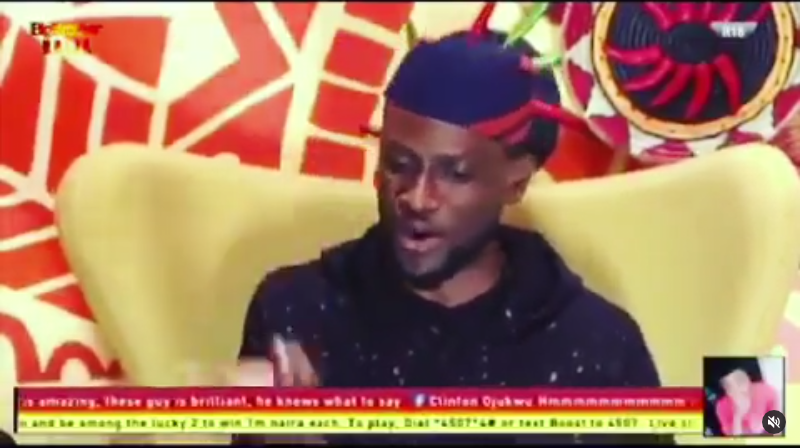 The 2019 Big Brother Nigeria reality TV show seems to be gradually picking up in the area of entertaining its viewers around Africa.

Following their silent task in Day 4, Big Brother invited each of the housemates into the diary room for their first diary session in the season 4 of the show.

Omashola who was invited in after four housemates, flipped the whole interactivity over and it appeared he was the one carrying out the session.

From his responses about the house to the kinds of housemates, Omashola got ribs cracking from laughter as he went on and on about his impression of the housemates including Tacha his fellow housemate.

Omashola in his diary session, also asked Big Brother why he didn’t bring a few mad people into the house to spice things up as everyone seemed to be well behaved and sensible.