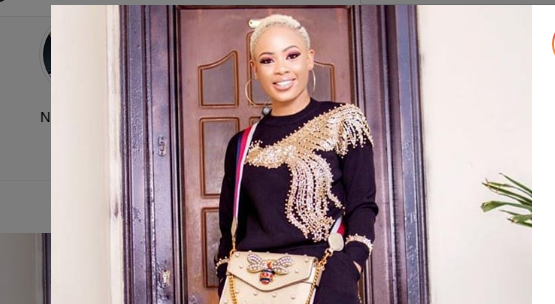 Nina Brags about the New Man in her life after 2019 BBNaija Reunion Show.

Former BBNaija 2018 reality TV star, Nina has bragged about the new man in her life after a successful end to the Double Wahala Reloaded show.

Nina stated this in a series of tweet on her official twitter handle in which she advised people to stop talking about her past relationships because she’s moved on with life already.

“All these ppl still dwelling on my past relationships…Mehn you need to meet my New Man… so u can shut the fvck up. And finally double wahala has ended”

“So can we now rest and move on in peace ..next please”

Perhaps, one of the past relationships she doesn’t want people talking about is the one with Miracle, the winner of the 2018 big brother naija show.

Nina and Miracle dated while in the BBNAIJA house but things turned soar just weeks after the show was over which raised lots of eyebrows.

She also clearly stated that she never regret ruining her relationship with his former boyfriend, Collins during the BBNaija reunion show.