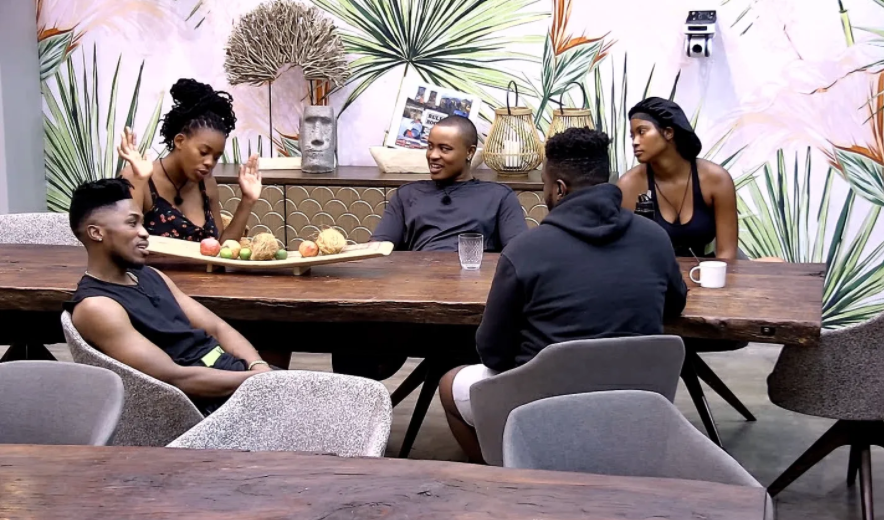 New Housemates Introduced to BBMzansi 2022 as dynamics in the House.

The live eviction show in week one in Big Brother Mzansi came with surprise as two new housemates were introduced after the exit of QV based health related issues.

The general atmosphere in the House has shifted to a calmer and more relaxed evening after the week 1 Live Show. The previously Nominated Housemates are relieved to slay another week in the BBMzansi House but the game is getting real now.

Nthabii and Vyno’s surprise entrance in Big Brother Mzansi left the old Housemates surprised and confused as they expected at least one of them to leave the House. The new Housemates are settling in well, and as expected the Head of House Tulz called for a family meeting to welcome the new Housemates and have them introduce themselves.

The new Housemates entered the House a week after the old Housemates went through an emotionally demanding week that was loaded with profound personal stories. While introducing themselves, the new Housemates kept their introductions at surface level without divulging more information.

Their minimalist introductions may affect their gameplay or leverage their strategy to be mysterious and more interesting in the House. One thing is clear, the new dynamics are now forming in the House and the two new Housemates will have to play catch up and decide where they fit in.

The BBMzansi Host Lawrence Maleka shook a few tables in the first Eviction Live Show, we are in for a treat this season. Lawrence posed a question to Norman about the controversial men’s conference by the Fire Pit. This controversy around the men’s conference definitely shook the House, in particular the ladies.

As expected, the conference was scattered as soon as the Live Eviction was over. The BBMzansi gents seem to have their fair share of respecting women today and have kept their cool and almost avoided frequenting the Fire Pit. We think it is safe to say that our Host, Lawrence Maleka has scattered the first ship in the House, the bromance ship.

Although Norman could not respond directly to the question posed by our Host, about the fruit and vegetable code names, some ladies like Mphowabadimo were on to the bromance and looking out to shake this alliance. Is this a new strategy at play?

However it ends we know that Norman is also slowly isolating himself from the men in the House, and in his words, wants to be more “real” this coming week. On the other hand, Acacia insists that they should just continue being themselves but remain within the bounds of respect when they speak about their “men’s stuff.”

Stay connected for the latest news about the new Big Brother Mzansi 2022.