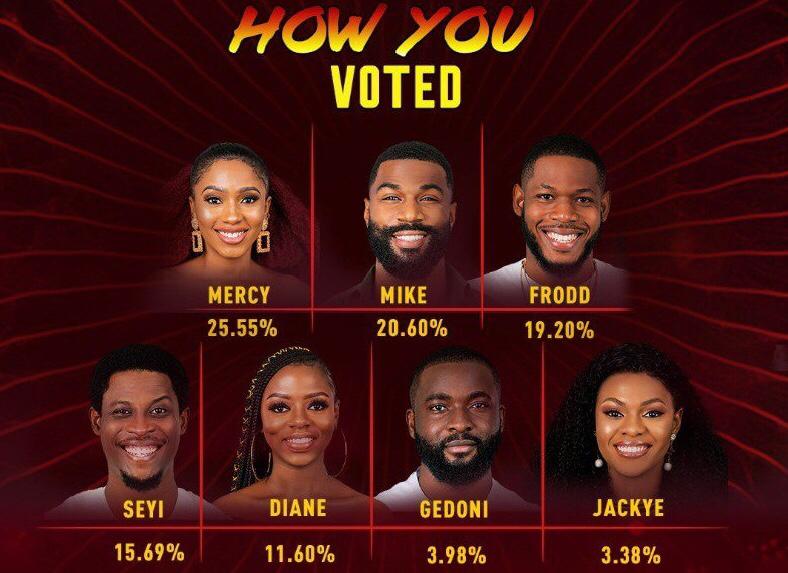 The Big Brother Naija Season 4 Voting results for today week 8 for housemates nominated for possible eviction from the Big Brother Naija House is out. A total of seven (7) housemates from the Team Cruisetopia were nominated for eviction this week. On Monday last week, Team Cruisetopia lost the nomination challenge to Team Icon which led to all seven housemates of Team cruisetopia to be placed for possible eviction. Let us see how Nigerians and Africans at large voted for their favourite housemates and housemate with the highest number of votes for this week.

This is how viewers voted for their favourite housemates. BBNaija week 8 results are displayed in percentage.

Gedoni and Jackye got the least number of votes (3.98% and 3.38% respectively) and therefore both of them have been evicted from the Big Brother Naija reality show

Two housemates of team Cruisetopia were evicted (Gedoni and Jackye) while the remaining 5 housemates ( Mercy, Mike, Frodd, Seyi, Diane and Elozonam) were saved.

Keep voting for your best housemate to stay in the reality show.